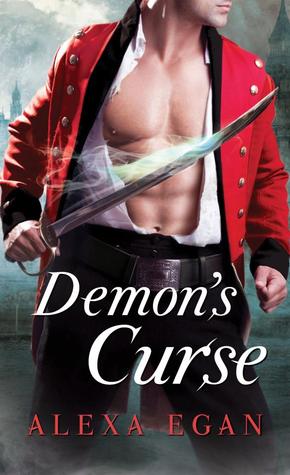 Release Date: December 26, 2012 | Series: Imnada Brotherhood
She holds the key . . .One of the mythical race of shape-shifting Imnada and a member of an elite military unit, Captain Mac Flannery suffers under a ruthless curse. As the result of a savage massacre on the eve of Waterloo, he and the men he served with are forced to live the hours of darkness trapped as their animal aspects. Now one of them has been murdered, and Mac suspects the existence of the Imnada may finally have been discovered. His only link to unearthing the truth—Bianca Parrino, the beautiful actress whom every man desires.
. . . to his forbidden desires
Forging a new life for herself after escaping the clutches of her abusive husband, Bianca is again drawn into violence when a dear friend is brutally murdered and she becomes a suspect. Forced to place her trust and her life in Mac’s hands as they flee a determined killer, Bianca cannot deny she is falling for the mysterious soldier. But will his dark secrets tear them asunder? Or will love be the key to breaking even the cruelest of spells?

Alexa Egan lives in Maryland with a husband who’s waiting impatiently for her fame and fortune to support them in a new and lavish lifestyle, three children for whom she serves as chauffeur, cook, nurse, social secretary, banker, and maid (not necessarily in that order), one cat … and twenty-seven fish.
You can find Alexa online:
Website: Alexa Egan
Facebook
Twitter
SOURCE:  PUBLISHER
MY THOUGHTS
LOVED IT
Bianca, an actress, has many admirers but few actual friends, so when her good friend, Adam,  is murdered, she attends his funeral and this makes her a suspect as well as bringing the unwanted attention of his enemies.   Mac, his brother in arms and closest friend, seeks her out since he knows she was the last one seen with him.  He also catches her whispering to Adam’s casket that she will keep his secrets which to Mac, is  a worry since he and Adam are part of the shape-shifting Imnada and their secret is a point of survival for his tribe.  On the other side of the coin is the Others, fey creatures, that are the mortal enemies of the Imnada.  Renata’s family has been murdered and she aims to track down the killers which she knows are Imnada.
There is an immense amount of world building in this fist installment. I was really taken by Bianca and her back story as an abused wife and how her father had taught her botany which now will help Mac unravel Adam’s secret and possibly that will help the survival of his race.   There are a lot of other minor characters that I hope will be present in future books.  The Wallace family, who gives shelter to Mac and Bianca.   The fact the Renata is drawn so evilly just makes her that more of a villain as she seeks her revenge.   I am not sure where the series will go but this looks like a great start.
WANT TO WIN THIS BOOK?
Complete the below form
Contest is open to anyone over 13 years old with US mailing address
Void where prohibited. See the complete rules HERE
Contest ends on 1.5.12 Winner will be chosen by Random.org
Winner will have 48 hours to respond to email.
Only one winner per mailing address.  Multiple entries will be deleted.
This giveaway is sponsored by the publisher and ONE BOOK is available.
Follow Me