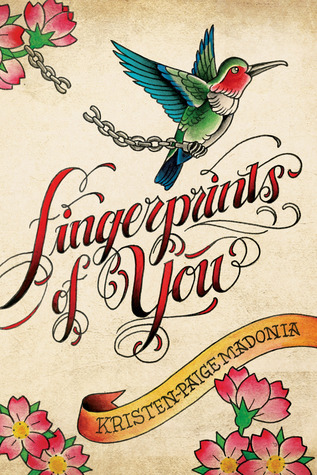 Release Date: August 7, 2012
A teen embarks on the road trip of a lifetime in this authentic, beautifully written debut novel.Lemon grew up with Stella, a single mom who wasn’t exactly maternal. Stella always had a drink in her hand and a new boyfriend every few months, and when things got out of hand, she would whisk Lemon off to a new town for a fresh beginning. Now, just as they are moving yet again, Lemon discovers that she is pregnant from a reckless encounter—with a guy Stella had been flirting with.
On the verge of revisiting her mother’s mistakes, Lemon struggles to cope with the idea of herself as a young unmarried mother, as well as the fact that she’s never met her own father. Determined to have at least one big adventure before she has the baby, Lemon sets off on a cross-country road trip, intending not only to meet her father, but to figure out who she wants to be.
Lyrical and moving prose from an original voice whose writing Judy Blume calls “luminous” deftly depicts the nuanced conflicts of early motherhood and the search for identity.

About the Author
Kristen-Paige Madonia is the recipient of the Sewanee Writers’ Conference Tennessee Williams Scholarship and the New Orleans Literary Festival/Tennessee Williams Fiction Prize. She is a graduate of the California State University, Long Beach MFA program, and her short fiction has been published in New Orleans Review, American Fiction: Best Previously Unpublished Short Stories by Emerging Writers, and Sycamore Review, among others. She has been awarded fellowships from the Vermont Studio Center, the Juniper Summer Writing Institute, Virginia Center for Creative Arts, Hedgebrook Writers’ Retreat, the Millay Colony for the Arts, and the Studios of Key West. She currently lives in Charlottesville, Virginia, where she teaches creative writing.
Visit her at KristenPaigeMadonia.com

Facebook HERE
Twitter HERE
Goodreads HERE
SOURCE: AUTHOR
MY THOUGHTS
ABSOLUTELY LOVED IT
Lemon was born to her single mother when Stella was only seventeen. The two have been a team since her birth, always drifting from one town to another when her mother decided she had enough with where they were living or a bad breakup with a current boyfriend.  Her unusual name came about because of her mother’s artistic inclinations and how she gets hooked on a new color each month. As Lemon drifts through life she decides that she needs to experience sex and her first encounter is with the local stoner boy at her last school.  She finds nothing life altering in the act and thinks maybe another encounter would make her “feel”.  As Lemon picks possibly the worst choice, a 27 year old tattoo artist that she meets when Stella wants new ink, she becomes pregnant.

Lemon and Stella move to a new town in West Virginia for her senior year and there Lemon at least makes a friend, Emmy, who will support and encourage her.  For all of the hopelessness of Lemon’s life, she never seems feel sorry for herself.  Instead, she always has a book in her hand and finds the good in small things.  She accepts responsibility for the pregnancy and tries to make realistic plans for her and the baby.  This baby makes her think about her own father and she wants to make peace with him and that part of her life before moving forward with her own.  Emmy and Lemon make plans to go to San Francisco on an adventure and Lemon has hope that she can find her father.

As Lemon pages through a maternity book from her mother, she finds a small note with her father’s address and finds him once they arrive.  Staying at a dive, Lemon also makes contact with Aiden, a boy who cares for her and treats her how she should be treated.  The meeting with her father, Ryan, is a turning point for Lemon as she finds traits in herself that are directly from her father.  Her love of reading has always been a mystery to her, since her mother never cared much for books.  The moment when Lemon discovers books inscribed by her mother to her father is a turning point for her.

The growth in character and determination is just wonderful.  Her relationship with her mother turns into respect when Lemon realizes that her mother isn’t as flighty as she first thought.  Emmy sticks by her and never faults her for getting pregnant.  Even when Emmy must cut the trip short because her father is wounded in the Afghanistan war, the pair support each other.  Lemon finding that she is indeed worthy of love and that her mother has always tried to do the best for her was a true revelation.  This is just such a beautifully written story that most teens will enjoy.  Parents:  there is some drinking, language and discussions of sexual situations, but nothing graphic.


WANT TO WIN A COPY OF THIS  BOOK?

Check out my YA blog HERE