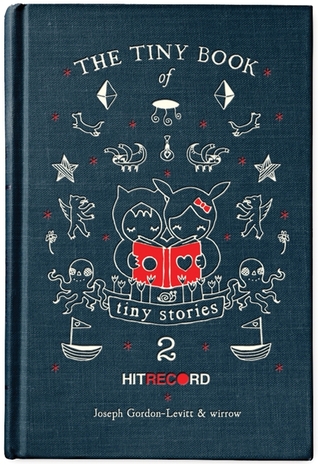 Release Date: November 13, 2012 | Series: The Tiny Book of Tiny Stories (Book 2)
Actor Joseph Gordon-Levitt (The Dark Knight Rises, Inception, Looper, 500 Days of Summer) made a big splash with The Tiny Book of Tiny Stories – so now he’s back with volume 2! One of the most ingenious and successful projects to come out of Gordon-Levitt’s online creative coalition hitRECord – an international collaboration of artists and writers – The Tiny Book of Tiny Stories: Volume 2 offers more quirky, delightfully small, ingeniously illustrated haiku-like tales, proving once more that the universe isn’t made of atoms; it’s made of tiny stories. The best things do come in small packages.
About the Author
HitRECord founder and director Joseph Gordon-Levitt’s acting career has managed to garner a massive popular appeal while maintaining a widely respected artistic integrity. He recently starred in Christopher Nolan’s Academy Award-nominated Inception and received Golden Globe, Independent Spirit and People’s Choice award nominations for his performance in (500) Days of Summer. Currently earning rave reviews for his performance in 50/50, also starring Seth Rogen, his upcoming films include David Koepp actioner Premium Rush and Rian Johnson’s sci-fi thriller Looper, with Bruce Willis. He is currently in production on The Dark Knight Rises, the third installment in Christopher Nolan’s Batman trilogy, and will next begin work opposite Daniel Day Lewis in Steven Spielberg’s Abraham Lincoln biopic, Lincoln.

The tiny book of tiny stories is just like the first although I thought it was a bit darker than the first installment.  Each page is a delight and each story will leave you pondering the thought behind each one for hours. There are some truly melancholy and some seriously silly little gems.   I think my favorite one is: “I’m tired of being tired of being tired of being.”  Which just hit me at moment of sheer despair and when I turned the page a whole new emotion hit me.  This book will appeal to fans of Six Word Memoirs.  Fingers crossed the site will continue to explore these micro stories and more volumes will be published.