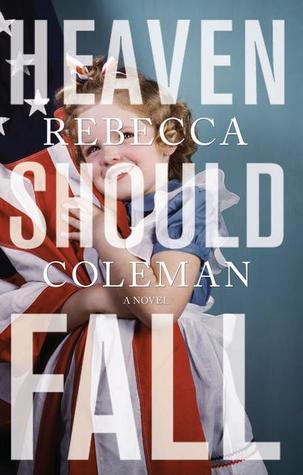 Release Date: September 25, 2012
Alone since her mother’s death, Jill Wagner wants to eat, sleep and breathe Cade Olmstead when he bursts upon her life—golden, handsome and ambitious. Even putting college on hold feels like a minor sacrifice when she discovers she’s pregnant with Cade’s baby. But it won’t be the last sacrifice she’ll have to make.Retreating to the Olmsteads’ New England farm seems sensible, if not ideal—they’ll regroup and welcome the baby, surrounded by Cade’s family. But the remote, ramshackle place already feels crowded. Cade’s mother tends to his ailing father, while Cade’s pious sister, her bigoted husband and their rowdy sons overrun the house. Only Cade’s brother, Elias, a combat veteran with a damaged spirit, gives Jill an ally amidst the chaos, along with a glimpse into his disturbing childhood. But his burden is heavy, and she alone cannot kindle his will to live.
The tragedy of Elias is like a killing frost, withering Cade in particular, transforming his idealism into bitterness and paranoia. Taking solace in caring for her newborn son, Jill looks up to find her golden boy is gone. In Cade’s place is a desperate man willing to endanger them all in the name of vengeance…unless Jill can find a way out.

About the Author
Rebecca Coleman received her B.A. in English literature from the University of Maryland at College Park and speaks to writers’ groups on the subjects of creative writing and publishing. A native New Yorker, she now lives and works near Washington, D.C. Visit her at www. RebeccaColeman.net.
SOURCE: PUBLISHER
MY THOUGHTS
LOVED IT
Jill thinks she has met the love of her life when she first hooks up with Cade. He seems so conscientious and full of positive energy, something she would like to see in herself.  When Jill finds herself pregnant, Cade doesn’t run, but stands by her and takes her home to stay with his family at their farm.  The house is crowded and the rural attitudes of his family surprise her somewhat. Cade’s brother, Elias is returning home from an tour of duty and shows all of the signs of severe PTSD.  Even with his depression, Jill finds him a wonderful person, but even though she tries, she can’t overcome his disease and she loses him at the end.

Cade’s sister Candy, religious to the extreme and her God and Guns husband, Dodge, point out exactly what Cade and Elias were trying to escape from when they both left the house.  Dodge seems to overwhelming influence Cade to his point of view while Jill tries to make sense of it all.  Each character is given a chance to present their point of view so you can see the different sides of each argument and story.  At one point, I wanted to yell at Jill to get out of this environment but with her own story of abandonment, you can see how people can fall into this mind set. I really wasn’t expecting the ending and much like The Kingdom of Childhood, it is full of little twists and turns of human emotions.