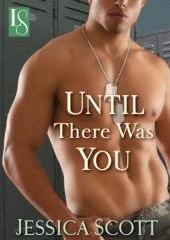 Publication Date: October 8, 2012
He plays by the rules, she’s not afraid to break them. Now these two strong-willed army captains will prove that opposites attract . . .A by-the-book captain with a West Point background, Captain Evan Loehr refuses to mix business with pleasure—except for an unguarded instance years ago when he succumbed to the deep sensuality of redheaded beauty Claire Montoya. From that moment on, though, Evan has been at odds with her, through two deployments to Iraq and back again. But when he is asked to train a team prepping for combat alongside Claire, battle-worn Evan is in for the fight of his life.Strong, gutsy, and loyal, Captain Claire Montoya has worked hard to earn the rank on her chest. In Evan, Claire sees a rigid officer who puts the rules before everything else—including his people. When the mission forces them together, Claire soon discovers that there is more to Evan than meets the eye. He’s more than the rank on his chest; he’s a man with dark secrets and deep longings. For all their differences, Evan and Claire share two crucial passions: their country and each other.

Jessica Scott is a career army officer, mother of two daughters, three cats and three dogs, wife to a career NCO and wrangler of all things stuffed and fluffy. She is a terrible cook and even worse housekeeper, but she’s a pretty good shot with her assigned weapon and someone liked some of the stuff she wrote. Somehow, her children are pretty well adjusted and her husband still loves her, despite burned water and a messy house.

Claire and Evan are both commanding officers and have done several tours of duty together.  They are friendly but Evan is by the book while Claire tends to command by her heart.  Both do what is right for the situation and this leads to a few confrontations in their management styles.  Oh yeah, and there is an undeniable need to fraternized between the officers.  I guess this is ok since they are both at the same level in the military.  I did find myself asking my nephew (new army discharge) about certain aspects of the story and everything was spot on which shoul.d be the case since Ms. Scott is an army officer herself.

Although I didn’t read the first book in this series, I was instantly drawn in by the characters and setting.  I haven’t read any straight military type romances before so this story was a great introduction.  The romance and interludes are appropriately steamy and wow, I had no idea that this could be the case in the military.  The interplay between Claire and Evan is just spectacular and the pair compliments each other!  There are also some interesting characters like Reza, who has a drinking problem.  There is extra tension provided by the elements of war which helps build the relationship between the pair.  I would love to read another one in this genre so I guess I will have to go download the first book in the series, Because of You