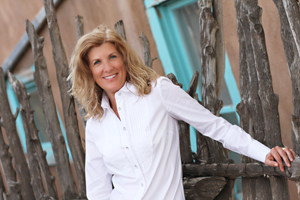 My Best Childhood Christmas Gift Ever by Katie Lane
My best Christmas gift started out as my worst.  I remember peeling back the wrapping paper and thinking that Santa had made a horrible mistake.  GI Joe with Kung Fu Grip?  This wasn’t the present I had asked for.  This was a yucky boy toy.   Needing some kind of explanation for the travesty, I turned to my father, a man who just happened to be an Air Force sergeant named Joe who suspiciously resembled the doll in my hand.  My dad said only four words.
“Ken is a sissy.”
Sissy?  Had my father lost his mind?  Ken wasn’t a sissy.  He was a hip guy who wore groovy white pants and striped knit sweaters, not stupid camouflaged fatigues and combat boots.  A guy with a sincere smile and dainty feet, not a mean sneer and feet the size of scuba diving flippers.  Not to mention that Ken was Barbie’s SOULMATE!!!  These were the things I wanted to yell at my dad.  Unfortunately, I had learned early on that talking back to my father was bad for your butt.  With protruding lip, I tossed Joe away and moved on to the traditional sock package.
But later on that morning, I couldn’t help but retrieve Joe from the crumpled pile of wrapping paper.  Just to see what would happen, I carried him into to my room to meet Bubblehead Barbie.
She was not impressed.  Like me, she had been expecting someone less macho.  But after fifteen minutes of play, both Barbie and I came to some startling realizations.  Hard, plastic muscles look gooood.  Kung Fu Grip was perfect for holding Barbie’s handbag while shopping.  And bendable joints were a doll-design breakthrough.  Bendable joints gave Joe the ability to wrap his arm around Barbie while they were chatting on the Kleenex box couch and pick her up and carry her to safety when she stopped by Vietnam to say “hi.”
Joe turned out to be much more than just a sneering boy toy with flipper-sized feet.  He turned out to be Barbie’s SOULMATE.  The kind of loyal guy who stayed with her right up until the time my mother gave away my box of dolls to Goodwill.
I’ve always wondered if my dad changed the course of my life that Christmas.  Not only because I ended up marrying the toughest boy in school who has an impressive set of biceps, but because I chose a career of writing about Joes—alpha-kinda guys who never mind holding a girl’s purse while she shops.
Hi, everyone!  I’m thrilled to be here at Bookhounds and would love to hear about your favorite childhood gift.  And feel free to stop by my website www.katielanebooks.com and chat anytime. 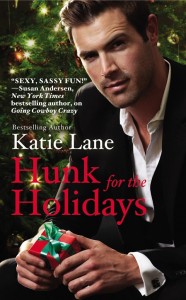 Release Date: September 25, 2012
Always putting business before pleasure, Cassie McPherson works hard for her family’s construction business. That might explain why she doesn’t have a date for the company Christmas party. But it doesn’t quite explain why she’s crazy enough to hire an escort for the event or – crazier still – why she’s dying to unwrap him like a present . . .
With whiskey-colored eyes and a killer smile, James is one gorgeous hunk who really knows how to fill out a tuxedo. He charms everyone, including Cassie. And when the night ends, the party doesn’t stop. As Cassie falls, literally, into his bed, James falls head over heels in love. Now he has to figure out a way to tell her the truth: he’s not an escort. He’s her family’s fiercest business rival. But all he wants for Christmas is her . . .
About the Author