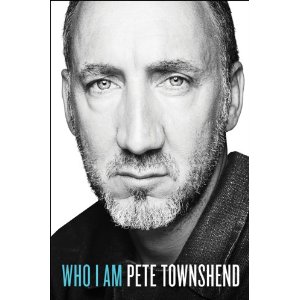 Publication Date: October 8, 2012
From the voice of a generation: The most highly anticipated autobiography of the year, and the story of a man who. . .
… is a Londoner and a Mod.
… auditioned for Roger Daltrey while sitting on a bed that hid a fugitive.
… wanted The Who to be called The Hair.
… loved The Everly Brothers, but not that drawling dope Elvis.
… wanted to be a sculptor, a journalist, a dancer and a graphic designer.
… became a musician, composer, librettist, fiction writer, literary editor, sailor.
… smashed his first guitar onstage, in 1967, by accident.
… heard the voice of God on a vibrating bed in rural Illinois.
… invented the Marshall stack, feedback and the concept album.
… once speared Abbie Hoffman in the neck with the head of his guitar.
… inspired Jimi Hendrix’s pyrotechnical stagecraft.
… is partially deaf in his right ear.
… stole his windmill guitar playing from Keith Richards.
… followed Keith Moon off a hotel balcony into a pool and nearly died.
… did too much cocaine and nearly died.
… drank too much and nearly died.
… detached from his body in an airplane, on LSD, and nearly died.
… helped rescue Eric Clapton from heroin.
… is banned for life from Holiday Inns.
… was embroiled in a tabloid scandal that has dogged him ever since.
… has some explaining to do.
… is the most literary and literate musician of the last 50 years.
… planned to write his memoir when he was 21.
… published this book at 67.
About the Author
Peter Townshend is the legendary lead guitarist and principal songwriter for The Who, one of the most influential rock-and-roll bands of all time. Townshend is responsible for having written over 100 songs and rock operas in the band’s important catalogue. He is one of Rolling Stone‘s “100 Greatest Guitarists of All Time” and was inducted into the Rock and Roll Hall of Fame in 1990. He resides in West London, where he was raised.