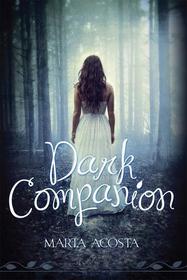 Publication Date: July 3, 2012 | Age Level: 13 and up
When foster teen Jane Williams is invited to attend elite Birch Grove Academy for Girls and escape her violent urban neighborhood, she thinks the offer is too good to be true. She’s even offered her own living quarters, the groundskeeper’s cottage in the center of the birch grove.

Something’s not quite right about the school — or is it Jane? She thinks she sees things in the birch grove at night. She’s also beginning to suspect that the elegant headmistress and her sons are hiding secrets. Lucky is the gorgeous, golden son who is especially attentive to Jane, and Jack is the sardonic puzzling brother.

The school with its talented teachers and bright students is a dream for a science and math geek like Jane. She also loves her new friends, including hilarious poetry-spouting rich girl, Mary Violet. But the longer Jane stays at Birch Grove, the more questions she has about the disappearance of another scholarship girl and a missing faculty member.

Jane discovers one secret about Birch Grove, which only leads to more mysteries. What is she willing to sacrifice in order to stay at this school…and be bound to Birch Grove forever?

MARTA ACOSTA is the author of the award-winning Casa Dracula series. She received degrees in creative writing and literature from Stanford University and was a frequent contributor to the San Francisco Chronicle and the Contra Costa Times. Her books have been selected as: Book Sense Pick, Fresh Fiction Fresh Pick, Catalina Magazine Humor Book of the Year, and BookPage Notable pick. Marta lives in the San Francisco Bay Area with her family.

Jane has been shuttled around from foster home to foster home after her parents’ death and  she doesn’t remember all of the details but knows that there was violence involved where she was injured during a storm as well. At her last home, she is mentored by an older boy and follows his advice to always be polite and learn as much as possible in order to make a better life for herself. Her efforts pay off and she is offered a scholarship to Birch Grove, a private school.  At Birch Grove, she is finally free of the daily struggle to just survive and starts to relax a bit until things get a bit creepy and she senses things aren’t just right.  The headmistress and her family seem welcoming but her two sons, Lucky and Jack are opposites that seem to attract her, both for different reasons.

As Jane learns more about her new surroundings, she discovers the school harbors some deep secrets within the community.  She comes upon a mystery of a missing teacher’s wife, observes some decidedly strange activities among the townspeople and finds what she believes are bizarre rituals occurring not far from her cottage.  Jane does make friends for a change and Mary Violet stands out just because of her fun and snarky attitude about life.  Hattie, although she comes off initially as the mean girl, she really does have Jane’s back.  Then there are the boys.  Lucky is a self absorbed twit but he is the golden boy everyone falls for including Jane — at first.  Jack, Lucky’s older brother, plays in a band and is the dark to his brother’s light.  Brooding, poetic and serious, he is always around for Jane, even when Jane doesn’t want him there.

There are going to be the obvious comparisons to Jane Eyre and the story does follow it a bit with the characters and plot, but this dark Gothic with paranormal twists is updated and modern.   For those of you who have read Acosta’s Casa Dracula series, you will be pleased to find Ian Ducharme pop up as the council head in this book as well.  I can’t tell you how much I adored this book!  I did have a chance to read through this book before it was finished a few years back and the polishing that this new version received really tightened the plot and tone.  There is humor, intrigue and just the right amount of believability that will suck you right in.  I did end up in tears are one or two points, just to warn you!  I think this is one that is best suited to teens since there are mentions of alcohol, allusions to sexual situations and some violence, but nothing too graphic.