DIDN’T HAVE TIME TO SHOP FOR FATHER’S DAY?
HERE ARE SOME SUGGESTIONS! 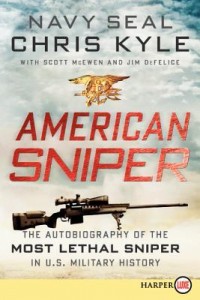 AMERICAN SNIPER by Chris Kyle
From 1999 to 2009, U.S. Navy SEAL Chris Kyle recorded the most career sniper kills in United States military history. The Pentagon has officially confirmed more than 150 of Kyles kills (the previous American record was 109), but it has declined to verify the astonishing total number for this book. Iraqi insurgents feared Kyle so much they named him al-Shaitan (“the devil”) and placed a bounty on his head. Kyle earned legendary status among his fellow SEALs, Marines, and U.S. Army soldiers, whom he protected with deadly accuracy from rooftops and stealth positions. Gripping and unforgettable, Kyle’s masterful account of his extraordinary battlefield experiences ranks as one of the great war memoirs of all time.
Adrenaline-charged and deeply personal, American Sniper is a thrilling eyewitness account of war that only one man could tell. 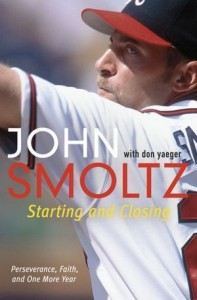 STARTING AND CLOSING by John Smoltz
Starting and Closing chronicles John Smoltz’s final season in a major league uniform, capping a legendary career that included fourteen years as part of one of the most dominant starting rotations in baseball, a Cy Young Award, and a World Series title—all while battling and overcoming “career-ending” injuries. At age forty-one, Smoltz was making yet another unlikely comeback from his fifth surgery. Recounting the story of a season that tested his perseverance and deepened his faith, Smoltz flashes back to watershed moments in the skeptic-defying journey from being one of the best starting pitchers of all time, to closer, to starter again.
One of the most intelligent, talented, and passionate players in the game, Smoltz delivers insights into modern major league baseball, its place in popular culture, and the value of competition. He writes with unflinching honesty about becoming a true Christian and finding in his beliefs the peace and strength to stay focused—through postseason triumphs and defeats, upheavals in his personal life, and the sting of being sent to the bullpen. 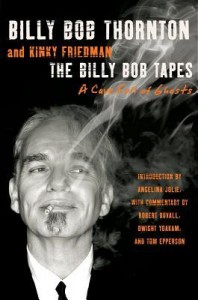 THE BILLY BOB TAPES by Billy Bob Thornton
Billy grew up shooting squirrels, playing drums in VFW clubs, and dreaming of rock ‘n’ roll stardom or pitching for the St. Louis Cardinals. Then at sixteen he took a drama class to meet chicks—and met Mrs. Treadway, who noticed the young man’s talent and encouraged him as an actor and writer.
Billy’s long career in Hollywood yields stories of inspired collaborations and failed ones, true friendships with other actors and musicians, and good friends gone too soon. In The Billy Bob Tapes, he reflects on the critics, the culture around fame, and the challenges of conveying an artistic vision in film. Most striking is Billy’s clear-eyed perspective about the magic of entertainment, and how we perceive it in a rapidly changing world. With passion, unvarnished honesty, wry humor, and a little help from friends Angelina Jolie, Robert Duvall, Dwight Yoakam, Tom Epperson, and Daniel Lanois, Billy Bob finally talks. 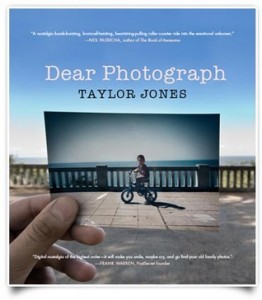 DEAR PHOTOGRAPH by Taylor Jones
The idea is simple: hold up a photograph from the past in front of the place where it was originally taken, take a second photograph, and add a sentence of dedication about what the photograph means to you. The results, however, are astounding, which is why millions have flocked to dearphotograph.com and thousands have submitted their own Dear Photographs.
This stunning visual compilation includes more than 140 never-before-seen Dear Photographs, as well as a space for you to attach your own cherished photo. By turns nostalgic, charming, and poignant, Dear Photograph evokes childhood memories, laments difficult losses, and, above all, celebrates the universal nature of love. 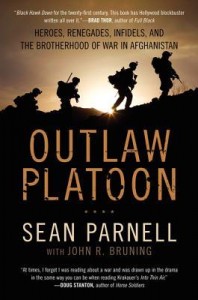 OUTLAW PLATOON by Sean Parnell
In combat, men measure up. Or don’t. There are no second chances.
In this vivid account of the U.S. Army’s legendary 10th Mountain Division’s heroic stand in the mountains of Afghanistan, Captain Sean Parnell shares an action-packed and highly emotional true story of triumph, tragedy, and the extraordinary bonds forged in battle.
A searing and unforgettable story of friendship in battle, Outlaw Platoon brings to life the intensity and raw emotion of those sixteen months, showing how the fight reshaped the lives of Parnell and his men and how the love and faith they found in one another ultimately kept them alive.
Be sure to visit harpercollins.com for more information on these books, and where you can purchase e-books.

WANT TO WIN A SET OF THESE BOOKS?
Contest is open to anyone with a US mailing address (NO PO Boxes)
Giveaway ends on 6.25.12 and the winner will be chosen by Random.org
Winner will have 48 hours to respond to email or a new winner will be chosen
This giveaway is sponsored by WILLIAM MORROW
Complete the form below!
Follow Me
+1 Leave a comment with an email address (you can do this daily for extra entries)
+1 Be my friend on GoodReads HERE
+1 Follow me on Twitter HERE
+1 Like BookHounds on Facebook HERE
+1 Like Win a Book on Facebook HERE
+1 Post about this giveaway on your social networking site and leave me a link here.  You can do this daily and receive an entry for each link you leave.  One per day per site.
+5 Blog about this giveaway and leave me a link