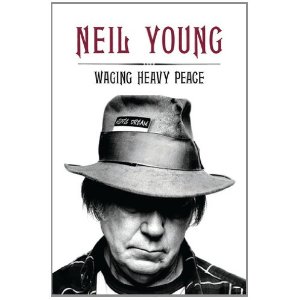 Publication Date: October 2, 2012
An iconic figure in the history of rock and pop culture (inducted not once but twice into the Rock and Roll Hall of Fame), Neil Young has written his eagerly awaited memoir: ‘I felt that writing books fit me like a glove; I just started and I just kept going’. Young offers a kaleidoscopic view of his personal life and musical career, spanning his time in bands like Buffalo Springfield, Crosby, Stills & Nash and Crazy Horse; moving from the snows of Ontario through the LSD-laden boulevards of 1966 Los Angeles to the contemplative paradise of Hawaii today. Candid, witty and revealing, this book takes its place beside the classic memoirs of Bob Dylan and Keith Richards.

Neil Young was born in Toronto in 1945, and later went to live with his mother in Winnipeg after his parents split up. He moved to California in 1966 where he co-founded Buffalo Springfield before joining the hugely successful Crosby, Stills & Nash, and then embarking on a stellar solo career. He has been inducted not once but twice into The Rock and Roll Hall of Fame, which describes him as ‘one of rock ‘n’ roll’s greatest songwriters and performers’. Young is an outspoken advocate of environmental issues and the welfare of small farmers – he co-founded Farm Aid in 1986. He is also active in educatonal projects for disabled children, and co-founded The Bridge School which assists children with physical impairments and communication needs. Widely regarded as one of the most influential musicians of his generation, Neil Young continues to live on his ranch in northern California and in Hawaii.