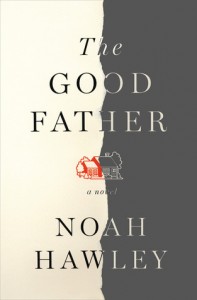 An intense, psychological novel about one doctor’s suspense-filled quest to unlock the mind of a suspected political assassin: his twenty-year old son.

As the Chief of Rheumatology at Columbia Presbyterian, Dr. Paul Allen’s specialty is diagnosing patients with conflicting symptoms, patients other doctors have given up on. He lives a contented life in Westport with his second wife and their twin sons—hard won after a failed marriage earlier in his career that produced a son named Daniel. In the harrowing opening scene of this provocative and affecting novel, Dr. Allen is home with his family when a televised news report announces that the Democratic candidate for president has been shot at a rally, and Daniel is caught on video as the assassin.

Daniel Allen has always been a good kid—a decent student, popular—but, as a child of divorce, used to shuttling back and forth between parents, he is also something of a drifter. Which may be why, at the age of nineteen, he quietly drops out of Vassar and begins an aimless journey across the United States, during which he sheds his former skin and eventually even changes his name to Carter Allen Cash.

Told alternately from the point of view of the guilt-ridden, determined father and his meandering, ruminative son, The Good Father is a powerfully emotional page-turner that keeps one guessing until the very end. This is an absorbing and honest novel about the responsibilities—and limitations—of being a parent and our capacity to provide our children with unconditional love in the face of an unthinkable situation.

About the Author
NOAH HAWLEY is an author, screenwriter, and producer. He has published three previous novels, conceived and run two network television shows, and written one feature film. Before creating his own shows, he was a writer and producer for the hit show Bones on FOX. He currently splits his time between Los Angeles and Austin, Texas, where he lives with his wife and daughter.

SOURCE: PUBLISHER
MY THOUGHTS
LOVED IT
What would you do if you saw your son on the news, blamed for a horrible crime?  When Dr. Paul Allen sees his son on the news, accused of shooting the Democratic presidential nominee, he is in shock.  Daniel has always been a decent kid and even though he has had some rough years as a child of divorce, he hasn’t been a problem.  Like most kids at twenty, he is searching for himself and has dropped out of college.  Told in alternating voices between Paul and Daniel, this thriller is full of action that doesn’t stop.  You can tell something is not quite right with Daniel as he rambles through his story, while his father preciseness as clinical diagnostician really comes out to play.
I enjoyed this story immensely with all of the twists and turns to the end which was quite exciting.  While Paul seems to examine his first marriage and tries to understand what went wrong there and how that affected Daniel, you can see his years of medical training come out where he must search for clues in his patients and their  undiagnosed diseases.  He applies that same meticulous approach to finding out the truth in Daniel’s life.  This is a story that happens around us daily but a lot of times, we just don’t hear about it in the media.
WANT TO WIN A COPY OF THIS BOOK?
Contest is open to anyone over 13 years old with a US mailing address (sorry, no PO Boxes)
Contest ends on 4.12.12 Winner will be chosen by Random.org on 4.13.12
Winner will have 48 hours to respond to email or a new winner will be chosen.
This giveaway is sponsored by DOUBLEDAY PUBLISHING  and TWO copies are available.
Complete the below form
Follow Me
Extra Entries
+1 Follow me on Twitter HERE
+1 Like BookHounds on Facebook HERE
+1 Like Win a Book on Facebook HERE
+1 Be my friend on Goodreads HERE
+1 for social networking this giveaway and leave me a link (blog, twitter, facebook, etc) once daily
+1 Leave a comment — you can do this daily, just leave me an email  or twitter address!