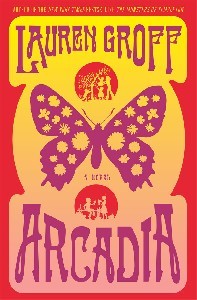 In the fields of western New York State in the 1970s, a few dozen idealists set out to live off the land, founding what would become a commune centered on the grounds of a decaying mansion called Arcadia House. Arcadia follows this rollicking, tragic dream from its hopeful start through its heyday and beyond. What unfolds is an astonishingly beautiful novel about happiness and the impossible dream of perfection.

Arcadia’s inhabitants include Handy, a musician and the group’s charismatic leader; Astrid, a midwife; Abe, a master carpenter; Hannah, a baker and historian; and Abe and Hannah’s only child, the book’s protagonist, known as Bit, who is born soon after the commune is created.

While Arcadia rises and falls, Bit, too, ages and changes. If he remains in love with the peaceful agrarian life in Arcadia and deeply attached to its residents, including Handy and Astrid’s lithe and deeply troubled daughter Helle, how can Bit become his own man? How does he, a sensitive person, make his way through life and through the world outside of Arcadia where he must eventually live?

Lauren Groff was born in Cooperstown, New York, which is the model for “Templeton”, her novel’s setting. Groff’s short stories have appeared in publications including “The Atlantic Monthly”, “Ploughshares” and “The Best American Short Stories” and “Pushcart Prize” anthologies. She lives in Gainesville, Florida.

And there is that PUSHCART PRIZE notice again.  I really connect with that prize!  I adored Monsters of Templeton and I hope this one is just as good.