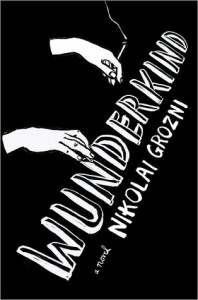 Life in Sofia, Bulgaria, in the late 1980s is bleak and controlled. The oppressive Communist regime bears down on all aspects of people’s lives much like the granite sky overhead. In the crumbling old building that hosts the Sofia Music School for the Gifted, inflexible and unsentimental apparatchiks drill the students like soldiers—as if the music they are teaching did not have the power to set these young souls on fire. Fifteen-year-old Konstantin is a brash, brilliant pianist of exceptional sensitivity, struggling toward adulthood in a society where honest expression often comes at a terrible cost. Confined to the Music School for most of each day and a good part of the night, Konstantin exults in his small rebellions—smoking, drinking, and mocking Party pomp and cant at every opportunity. Intelligent and arrogant, funny and despairing, compassionate and cruel, he is driven simultaneously by a desire to be the best and an almost irresistible urge to fail. His isolation, buttressed by the grim conventions of a loveless society, prevents him from getting close to the mercurial violin virtuoso Irina, but also from understanding himself.
Through it all, Konstantin plays the piano with inflamed passion: he is transported by unparalleled explorations of Chopin, Debussy, and Bach, even as he is cursed by his teachers’ numbing efforts at mind control. Each challenging piano piece takes on a life of its own, engendering exquisite new revelations. A refuge from a reality Konstantin detests, the piano is also what tethers him to it. Yet if he can only truly master this grandest of instruments—as well as his own self-destructive urges—it might just secure his passage out of this broken country.
Nikolai Grozni—himself a native of Bulgaria and a world-class pianist in his youth—sets this electrifying portrait of adolescent longing and anxiety against a backdrop of tumultuous, historic world events. Hypnotic and headlong, Wunderkind gives us a stunningly urgent, acutely observed, and wonderfully tragicomic glimpse behind the Iron Curtain at the very end of the Cold War, reminding us of the sometimes life-saving grace of great music.

Nikolai Grozni began training as a classical pianist at age four, and won his first major award in Salerno, Italy, at the age of ten. Grozni’s acclaimed memoir Turtle Feet follows his four years spent as a Buddhist monk studying at the Institute of Tibetan Dialectics in Dharamsala, and later at a monastery in South India. Grozni holds an MFA in creative writing from Brown University. He lives with his wife and their children in France.

Konstantin is a child prodigy, playing the piano perfectly from a young age.  He is sent to the best music academy in Bulgaria at the end of the Cold War right before the fall of the communist party.  The story covers about two years of his life at age 16 and details the horrific abuse and hopelessness of the people during the late Eighties.  The world Grozni has created seems almost out of a fantasy novel and it is hard to imagine a place where simple freedoms that we take for granted are nonexistent.  The simple act of playing jazz is met with swift punishment and forced confessions of his unworthiness.  As Konstantin finds himself rebelling against those in power, from his parents to the school teachers, he acts out and tries to lose himself in a daze of sex and alcohol ending up in a mental intuition before finally escaping into the real revolution taking place on the streets.

Each chapter begins with a music piece to set the tone and mood.  I really wish that the book had come with a cd  or playlist to listen to while reading since it would really enhance the story.  It seems the story is based somewhat on the author’s personal experience and I know even less about Bulgaria and that era than I should.  This story truly enlightened me to the horrors that occurred in this era and location.  It is not an easy book to read at times and even though there is a major surge in post apocalyptic novels for teens, this one proves that truth is stranger than fiction.