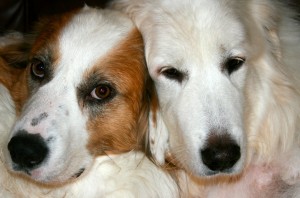 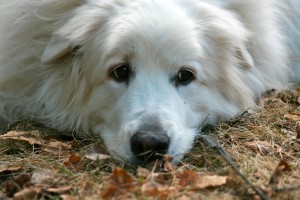 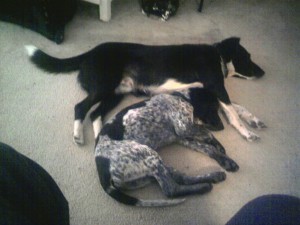 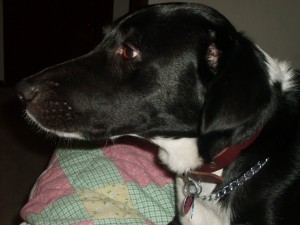 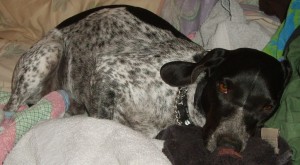 AND STEVEN WEDEL with TYLER and BUBBA
Do you have another book in the works?
Carrie: Well, Steve and I have written something else in a pack sort of way. We’re also both working on solo projects. One of the books I’m working on is the last book in the NEED series, ENDURE.
The dogs?
Scotty is currently penning a memoir called FROM THE LAND OF SNAUSAGES AND BACK: ONE DOG’S JOURNEY FROM AN ALABAMA KILL SHELTER TO THE COAST OF MAINE. Tala’s got a picture book deal called NO BAD CATS ALLOWED EVER, NO SERIOUSLY, NOT EVER.
Steve: What Carrie said. I’m working on the next book in my Werewolf Saga right now.

What are you reading right now?
Carrie: Right now I am reading a text book called PRACTICAL HOMICIDE written by a former NYPD detective. It is filled with horrible, gruesome images and nastiness. To counter this I am also reading RAMONA AND BEEZUS.
Scotty is reading BARKAHOLICS: HOW TO KNOW WHEN YOUR BARK IS AN ADDICTION.
Tala is reading Proust. She’s like that.
Steve: Let’s see, I have Terry C. Johnston’s BODERLORDS going, as well as THE DARK SACRAMENT by David Keily and Christina McKenna. I’m also listening to the audio of Neil Gaiman’s THE GRAVEYARD BOOK. Bubba is reading Steinbeck and Tyler is sleeping on something called CAT NAPS: WHAT OUR FELINE FRIENDS KNOW.

How many books a year do you read?
Carrie: Urck…. When I was doing my MFA program at Vermont College of Fine Arts I was clocking in at 400. Now, I’m down to about 150.
Tala and Scotty don’t want to say because it will make me feel badly about my own numbers.
Steve: Wow. I feel so inadequate now. I’m not sure I even want to answer. Maybe 20, give or take.

What does your dog like to do while you write or read?
Carrie: Scotty likes to drool on the keyboard. Seriously. I would send you a picture of my keyboard, but it’s so gross I think it may make your readers queasy. Tala has cancer right now and she’s pretty close to dying, so she just sort of lays there and looks at me with her big brown doggy eyes until I pet her and make her some hamburger. She is so smart. And I am sooo so weak.
It’s the cats who make writing difficult. My obese cat, Lyra, likes to jump on the keyboard, knock over the table the laptop is on, and make all of it (including her) land on my lap. I call it Co-Ed, Co-Species, XTREME writing.
Steve: Tyler likes to push his nose under my hand and flip it up so that it’s on top of his head. He likes to be scratched behind his floppy ears. This makes Bubba jealous, so he tries to jump into my lap. Bubba isn’t so small.

What is your dog’s favorite activity?
Carrie: Scotty is really into trying to make me say, “Scotty! That is not acceptable.” Like he’ll try to pee on the neighbor’s flowers and I’ll go, “Scotty! That’s not acceptable.” Then he will stop. Or he’ll open the door and I’ll say, “Scotty! That is not acceptable.” Then he wags his tail and shuts it. Or he’ll open a kitchen drawer and take out the Nutella and I’ll scream. I can’t articulate when Nutella is at risk. This makes him flop down and sort of doggy chortle.
His other favorite activity is barking and trying to get Tala to love him.
Tala is currently into anti-zombie preparedness plans and looking exceptionally cute.
Tala is all white. Scotty has brown on him. I have attached far too many photos, I know. I am ridiculously in love with my dogs.
Thanks for touring us! It’s so nice of you.
Steve: Bubba’s favorite activity seems to be ringing his bell to go out the back door, then standing outside the door and barking to be let back in. Other than that, he likes to go for walk, where his herding instincts kick in and he tries to direct me where to turn. Tyler is just a year old. His likes to play a game where my hand is a piece of meat with no place to hide from his wide mouth and playful teeth. With the record heat we’ve had this year, they’re both really into sleeping, too.

Bubba is half border collie and half blue heeler. He’s got a long nose and a white chest. Tyler is half beagle and half pointer, with the floppy ears and baying voice of a beagle.

Ditto what Carrie said about touring us. We really appreciate it!

THANKS SO MUCH!  OMGosh!  Aren’t these pups precious?