This article is reprinted with permission from:

In this edition of Maximum Shelf–the monthly Shelf Awareness feature that focuses on a new title that we love–we present W. Bruce Cameron’s A Dog’s Purpose, which is a May 2011 paperback reprint. The review and interviews are by Marilyn Dahl and Ron Hogan. Forge Books has helped support the issue. 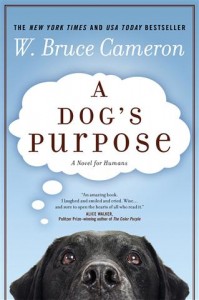 After spending 19 weeks on the New York Times bestseller list, A Dog’s Purpose–the marvelous novel by W. Bruce Cameron–is now available in paperback. It has received raves from such disparate fans as Rachel Ray, Alice Walker and Temple Grandin–and my favorite, from Maya, age 12: “Everyone will love A Dog’s Purpose, it’s a happy dead dog book!” It’s sweet, it’s heartbreaking, it’s funny, but thankfully it’s not cute. Cameron (8 Simple Rules for Marrying My Daughter) has more on his mind than cute; primarily, how dogs think and what motivates them. Seen through the eyes of a dog in four incarnations–Toby, Bailey, Ellie and Buddy–Cameron takes on life’s big questions: Who am I? Where am I going? Why am I here? 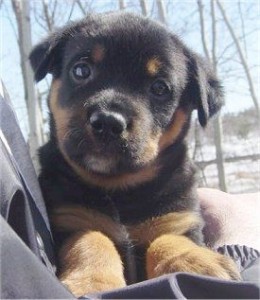 The dog’s first memory comes shortly after his birth, when he figures out the warm smelly things squirming around next to him are his sister and two brothers, and “the large and beautiful shape with the long wonderful tongue was my mother.” They live a feral life, spending most of their time hiding and looking for food. One day they are caught by men who take them to a compound, owned by Senora, filled with other dogs. He is named Toby, and loves his new world with playmates and toys and good food. But one day all the dogs are taken by the authorities to a shelter, where Toby is put to sleep. As he sinks into slumber, “the sadness I’d felt from Senora washed through me, and I wanted to squirm up to her and lick her palms and make her happy again. Of all the things I’d ever done, making Senora laugh seemed the most important. It was, I reflected, the only thing that gave my life purpose.”
After much time passes, “the way a nap in the afternoon sun will span the day,” the dog is a newborn again, in a cage with a larger and lighter-colored mother and seven siblings. “Why was I a puppy again? Why did I harbor a nagging feeling that as a dog there was something I was supposed to do?” One day he opens a gate with his little teeth and paws, and starts out with no hesitation. He’s rescued by a woman who takes him home to her young son, Ethan–instant love for dog and boy. “I guess I had never bothered to consider that there might be such a thing as a boy, but now that I had found one, I though it was just about the most wonderful concept in the world.” 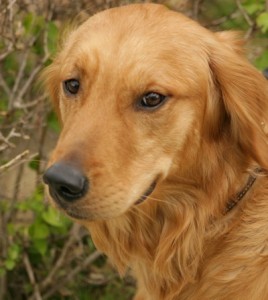 The dog is named Bailey, introduced to his first cat (ho-hum), and is housebroken, a baffling experience as seen through a dog’s eyes. He learns new words and new jobs like licking the dishes when Mom isn’t watching. But his main job is Ethan: “…living with the boy was my whole purpose in life. From the second we woke up until the moment we went to sleep, we were together.” And then, inevitably, life changes–something called “school.” But they spend summers at the Farm, where Grandma needs Bailey to be on hand to test her cooking. He has acres to roam with the boy, and learns a new game, Rescue, pulling Ethan out of the farm pond over and over. One day, after Ethan is in college, Bailey realizes he is dying. Death holds no fear for him–he’s been a good dog, he’s fulfilled his purpose in loving Ethan and making him happy–but he feels a profound pain at causing his boy grief. 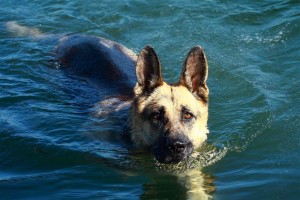 Later, Bailey wakes again–-“a puppy who suddenly remembered being me again”–wondering why he has been reborn, this time as a female German Shepherd. Ellie, as Bailey is now called, goes on to become a search and rescue dog. She realizes that her new purpose is not just to Find people, but to Save them. Even after she has retired, she still has more jobs to do, including one that forces her to call on her past lessons with the boy. As Ellie comes to the end of her life, she is at peace, looking forward to rest, so she is quite surprised when she finds herself staring up at her new mother, who has a big, black face and a warm pink tongue. It makes no sense. “What could possibly happen now that would justify my rebirth as a puppy?” So Ellie, a male again, begins his final adventure as Buddy and discovers his last, true purpose. Everything he has learned in all his lives, from scrounging for food to Find and Save, would come into play. 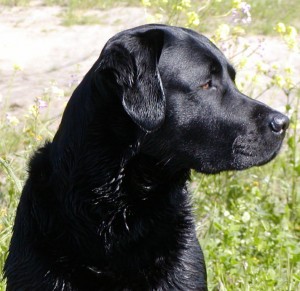 Bruce Cameron has written an amazing book. In writing about animals, there is so much potential for sappiness and sentimentality, which he nimbly avoids; instead, A Dog’s Purpose is imbued with gentle wit, dignity, sadness and love. Cameron makes us feel the magic of the dog-human bond: “There simply was no better feeling in the world than to be hugged by my boy.” If a dog’s purpose is to love humans and teach them how to love unconditionally; if love is a verb, then Toby, Bailey, Ellie and Buddy are truly guide dogs in action.
—Marilyn Dahl