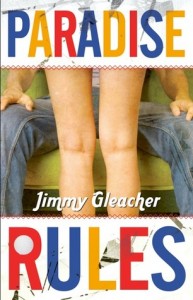 TRUE OR F A L S E ? It’s only a week into summer break and already seventeen-year-old Gates has . . .
a) Hustled millionaires on the golf course
b) Tried to stop his mother from having a(nother) nervous breakdown
c) Promised to lose his virginity with his girlfriend, Mel . . . which would be great if he hadn’t already lost it to his forty-year-old godmother
d) Almost killed a man
Yeah, Gates has a lot of secrets, but he’s determined to keep his heart true. When he’s not swinging golf clubs like a pro, he reads pulp fiction to old folks at the retirement home. And despite his occasional slip-ups—drinking before noon and sneaking glimpses through his sexy godmother’s open negligees—Gates only has eyes for Mel. But she knows he’s hiding something, and she’s beginning to lose her patience.
Just as Gates is about to spill his shameful secrets, he gets tangled up in a golf club scandal that jeopardizes his dreams of a normal life. He’s never been a fighter, but this time he finally pushes back at the world—which could have been a breakthrough but turns into an epic fail. Probably because Gates fights back dirty. Now his life is on the verge of ruin, and he’s got no one to turn to for help.
Or so he thinks. Because what Gates is about to discover might hit him with the most amazing shock of his life.

Gates loves his girlfriend Mel, he earns extra money by hustling golf players at a country club as a caddy, his mother is just about to have a breakdown and he stumbles on something that may just change his “normal” life.  Mel knows something is wrong but just can’t put her finger on it and when Gates finally decides to open up, he has what can only be described as an “epic fail”.  Just when he thinks he can no longer deal, he finds a strength that was there all along.

This book has everything to make me happy!  I loved the tone and humor that really worked with the very believable characters.  Gates’ friend Timmy,an OCD afflicted teen that must repeat the last word he says three times and thus becomes Timmy, Timmy, Timmy or 3T,  quickly became my favorite.  Lu, Gates’ boss at the golf club, has more misguided plans that you can imagine and when he wants to make a point, he spouts Confucius like statements and his Amazing Adventure which is really quite far from reality in a bid to save his house.  The story reminded me a bit of Christopher Buckley, so if you like off the wall humor, you will love this as much as I did.