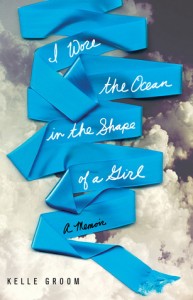 At the age of fifteen, Kelle Groom found that alcohol allowed her to connect with people and explore intimacy in ways she’d never been able to experience before. She began drinking before class, often blacked out at bars, and fell into destructive relationships. At nineteen, already an out-of-control alcoholic, she was pregnant. Accepting the heartbreaking fact that she was incapable of taking care of her son herself, she gave him up for adoption to her aunt and uncle. They named him Tommy and took him home with them to Massachusetts. When he was nine months old, the boy was diagnosed with leukemia—but Kelle’s parents, wanting the best for her, kept her mostly in the dark about his health. When Tommy died he was only fourteen months old. Having lost him irretrievably, Kelle went into an accelerating downward spiral of self-destruction. She emerged from this free fall only when her desire to stop drinking connected her with those who helped her to get sober.
In stirring, hypnotic prose, I Wore the Ocean in the Shape of a Girl explores the most painful aspects of Kelle’s addiction and loss with unflinching honesty and bold determination. Urgent and vital, exquisite and raw, her story is as much about maternal love as it is about survival, as much about acceptance as it is about forgiveness. Kelle’s longing for her son remains twenty-five years after his death. It is an ache intensified, as she lost him twice—first to adoption and then to cancer. In this inspiring portrait of redemption, Kelle charts the journey that led her to accept her addiction and grief and to learn how to live in the world.

Through her family’s history and the story of her son’s cancer, Kelle traces with clarity and breathtaking grace the forces that shape a life, a death, and a literary voice.

Bean has had careers as a television news producer, writer, actor, and voice talent. She has a B.A. in Telecommunications from Michigan State University.

What a devastating and miraculous story that Kelle Groom recounts about her history as an alcoholic through short essays that reflect her poetic background.  The book goes into detail about why she drank and how she needed to drink to feel that she was alive and connect with people.  Other drugs didn’t work for her the way alcohol did.  She further spirals downward after she becomes pregnant at nineteen, gives the baby up for adoption to her aunt and then the child dies from leukemia.  Through all of this mayhem, she still retains her voice to tell the story of her life.  Her parents stick by her and try to get her help through out her ordeals with alcohol while remaining silent about their own issues and her father’s ill health.

I did like this book even though it was a difficult read and I had to take breaks in between each chapter.  You can imagine that the journals Groom wrote were somehow infused with the alcohol she drank at times.  There is a bit of skipping around in the timeline which made it easier for me to read this one chapter at a time and digest it as I went along.  I am so glad the Groom slowly comes to terms with what happened to her in her life and survived devastating things like her rape, the loss of her son and the sadness that really enveloped her life. There is redemption at the end!