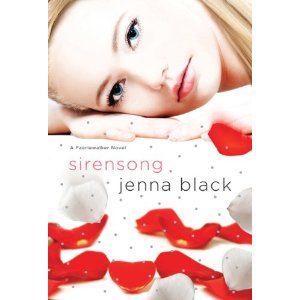 When Dana is invited to Faerie to be officially presented at the Seelie Court, it’s no easy decision. After all, everyone knows Titania, the Seelie Queen, wants her dead. But Titania claims not to be the one behind the death threats; and her son, Prince Henry, makes the decision a whole lot easier when he suggests Dana might be arrested for (supposedly) conspiring with her aunt Grace to usurp the Seelie throne. So she and her father better do as they’re told…
The journey through Faerie is long – and treacherous. Dana thought it would be a good idea to have friends along, but her sort-of-boyfriend, Ethan, and her bodyguard’s son, Keane, just can’t seem to get along, and Kimber’s crush on Keane isn’t making things any easier. When a violent attack separates Dana from their caravan, the sexy Erlking saves her just in the nick of time… and makes it clear that he hasn’t given up on making her his own.
Arriving at Titania’s beautiful palace should be a relief. But Dana is soon implicated in an assassination attempt against Titania’s granddaughter, and is suddenly a fugitive, forced to leave her father behind as she and her friends flee for their lives. Will she be able to prove her innocence before the forces of the Seelie Court – or, worse, the Erlking – catch up with her? And will she save her father before he pays the ultimate price in her stead?

JENNA BLACK graduated from Duke University with degrees in anthropology and French. A full-time writer of paranormal romance and urban fantasy, she lives in Pittsboro, North Carolina. Visit her on the Web at www.jennablack.com.

Dana is in lock down in a safe house deep in the mountain of Avalon where she pines for freedom  and which she gets through the help of the Erlking’s protection.  Freedom always comes with a price for Dana.  Her presence is requested by Titania, the Seelie Queen, where she is to be presented at court.  It all sounds excitingly innocent, but this being a faerie court, there are ulterior motives especially when the invitation comes from Prince Henry who is not her biggest fan. Dana takes Keane, Kimber and Ethan along for protection and companionship.  Her father’s court intrigue as Titania’s consort comes back into play since he replaced Prince Henry’s father and Henry has never forgiven him. While traveling though the Faerie countryside, Dana makes an a couple of decisions that on the surface don’t seem very important, but play a huge part in her safety.

The procession to the castle with Prince Henry shows how much he despises Dana’s father and even with Finn and the rest protecting Dana, there are many attempts on her life.  The Erlking also makes his presence known and lends his protection, even though he really doesn’t have to.  I think the Erlking shows more humanity and becomes an important ally in Dana’s defense.  He is probably my favorite character even though he is slightly evil, he freely admits he only does things are in his best interest.  (Maybe we can convince the author to spin off a series just of him maybe for us grown ups!)  Dana learns that she has even more magic in her than she ever thought possible.  Of course, once they do reach the castle there is even more intrigue.

I thought this was the best of the series and although I believe this in the final chapter in Dana’s story, I would really like to revisit the characters here again.  Dana really grows in this last book and even though she still has her issues with her alcoholic mother and trusting others, she finally learns she has friends that she can lean on.  You can see her despair and anger while she deals with her mother and the magical gifts she develops.  It is really bittersweet at the end and will make you wish it hadn’t ended quite yet.