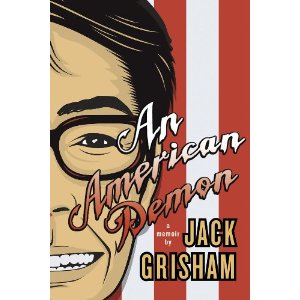 Depravity, redemption, terror, and spiritual deliverance abound in this physically and psychologically complex memoir from the front man of the pioneer punk band True Sounds of Liberty (TSOL). Spanning the extremes between hard-core punk memoir and handbook for recovery and survival, this narrative documents a youth rebellion that changed the world and offered life lessons rooted in 1980s punk culture. At times unsettling and violent, this book is doused in aggression, rebellion, alcoholism, and drug abuse, culminating in tough lessons of sobriety and absolution. This captivating, dark, and ultimately redemptive life story will fascinate fans of punk and resonate with those who have suffered from addiction issues.

Now in heavy demand as a public speaker, Jack Grisham currently receives thousands of calls a month from individuals and organizations seeking his advice, expertise, wit, mentorship, and support, especially on drug and alcohol–related issues. Grisham is a master hypnotherapist and resides in Huntington Beach, California. He spends his time with his family, surfs, and voluntarily offers his services to his community.

LOVED IT
This book is not for everyone. It is gritty, uncomfortable and much like a train wreck, you won’t want to look away or miss a word.  I just wish that there was an audio version since I think it would have been even better to hear Jack Grisham recount these tales in his own voice.  Since this is labelled a memoir, I am sure that there are certain elements of the story that are not exactly how others remember them and are colored through vast amounts of alcohol and drugs.  If you know that going in, you won’t be disappointed.  Just like punk rock, there is a lot of in-your-face anger and violence, so if you can’t mosh with Jack’s brain, don’t attempt it.

The book recounts his childhood and growing up in the early 1960-70’s with a pretty common story during this time period — a lot of teens drank, did drugs and had sex.  I think if he had been born a decade later, he would have been labeled ADD and put on drugs immediately.  Instead Grisham self medicates to the extreme like many of this generation. He pretty much drinks and takes whatever is put in front of him.  You can really feel the pain he is experiencing. If this had been fiction, it would fit nicely into the paranormal realm that is so popular right now, I mean, I know I have read stories about evil demons that rape and pillage in pretty much the same manner. It takes on a whole nother meaning when it is presented as truth.

The demon analogy really works.  It explains how he drove himself to change and become “human” through sheer willpower and a few people encouraging him to change.  The only negative thing I can say about this book is that Grisham’s charisma only somewhat comes through on the pages. He is one of those larger than life characters that cannot be contained by pages. Oh, and isn’t that cover spectacular!