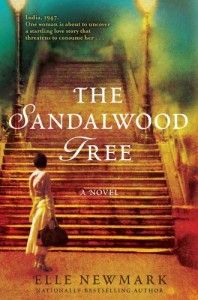 A sweeping novel that brings to life two love stories, ninety years apart, set against the rich backdrop of war-torn India. In 1947, American historian and veteran of WWII, Martin Mitchell, wins a Fulbright Fellowship to document the end of British rule in India. His wife, Evie, convinces him to take her and their young son along, hoping a shared adventure will mend their marriage, which has been strained by war.
But other places, other wars. Martin and Evie find themselves stranded in a colonial bungalow in the Himalayas due to violence surrounding the partition of India between Hindus and Muslims. In that house, hidden behind a brick wall, Evie discovers a packet of old letters, which tell a strange and compelling story of love and war involving two young Englishwomen who lived in the same house in 1857.
Drawn to their story, Evie embarks on a mission to piece together her Victorian mystery. Her search leads her through the bazaars and temples of India as well as the dying society of the British Raj. Along the way, Martin’s dark secret is exposed, unleashing a new wedge between Evie and him. As India struggles toward Independence, Evie struggles to save her marriage, pursuing her Victorian ghosts for answers.
Bursting with lavish detail and vivid imagery of Calcutta and beyond, The Sandalwood Tree is a powerful story about betrayal, forgiveness, fate, and love.

Elle Newmark is an award-winning writer whose books are inspired by her travels. She and her husband, a retired physician, have two grown children and five grandchildren. They live in the hills north of San Diego

MY THOUGHTS
REALLY LIKED IT
The story is much like Newmark’s other novel, The Book of Unholy Mischief, which is told through a piecing together of letters written during the Victorian times.  Evie convinces her husband to take her and their young son along while he is studying in India and where they retreat to the Himalaya mountains to avoid a war torn area.  She discovers a packet of letters and tries to make sense of the story and repair her marriage.  Of course the letters cause even more of a rift in the marriage than either Martin or Evie can predict.  I found the characters interesting and the researched historical elements fascinating.  As always, the author blends elements from two eras quite nicely.