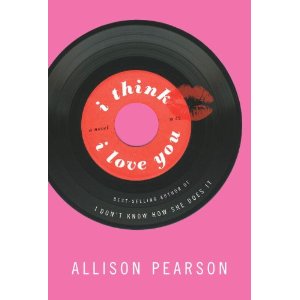 The new novel from the best-selling author of I Don’t Know How She Does It takes us on an unforgettable journey into first love, and—with the emotional intensity and penetrating wit that have made her beloved among readers all over the world—reminds us of how the ardor of our youth can ignite our adult lives.

Wales, 1974. Petra and Sharon, two thirteen-year-old girls, are obsessed with David Cassidy. His fan magazine is their Bible, and some days his letters are the only things that keep them going as they struggle through the humiliating daily rituals of adolescence—confronting their bewildering new bodies, fighting with mothers who don’t understand them at all. Together they tackle the Ultimate David Cassidy Quiz, a contest whose winners will be flown to America to meet Cassidy in person.

London, 1998. Petra is pushing forty, on the brink of divorce, and fighting with her own thirteen-year-old daughter when she discovers a dusty letter in her mother’s closet declaring her the winner of the contest she and Sharon had labored over with such hope and determination. More than twenty years later, twenty pounds heavier, bruised by grief and the disappointments of middle age, Petra reunites with Sharon for an all-expenses-paid trip to Las Vegas to meet their teen idol at last, and finds her life utterly transformed.

Funny, moving, full of beautiful observations about the awakenings of both youth and middle age, Allison Pearson’s long-awaited new novel will speak across generations to mothers and daughters and women of all ages.

Allison Pearson, an award-winning journalist and author, is a staff writer for the London Daily Telegraph. Her first novel, I Don’t Know How She Does It, became an international best seller and was translated into thirty-two languages. She is a patron of Camfed, a charity that supports the education of thousands of African girls. Pearson lives in Cambridge with her husband and their two children.

Like the majority of teenage girls, Petra and Sharon have major crushes on the pop idol, David Cassidy at age 13.  The first part of the book captures that essence of 13 year old girls everywhere as they long to fit in, yet stand out from the crowd.  Petra and Sharon attend David’s concert in White City where they have a chance encounter with Bill who isn’t far from being in his teens himself.  Bill takes on a job writing for a teen magazine all about David Cassidy and the story is told from these two points of view.

The second part of the book deals with Petra as an adult where her life is a turning point.  Her marriage is over, her mother has just died and she finds a letter that her mother has hidden from her all these years.  The letter is a notice that she has won the ultimate David Cassidy prize:  a trip to California to meet him.  She decides that she is going to make good on the win, even though it is now years later. A magazine picks up on the story and becomes a sensation.  Petra and Sharon return to their 13 year old selves and embark to meet their idol in Las Vegas. Without giving away too much, Bill adds some much needed humor to the story and provides some wonderful plot points.  I think he is my favorite character!

I adored Allison Pearson’s other book, I Don’t Know How She Does It and this one is a bit more deeper than that one.  I thought that this one goes beyond typical chick lit fare since it exposes what most women try to hide in all their teen crushes and disappointments.  The fact that Petra gets a “do-over” is that most of us would love to get a second chance.  I really enjoyed this one and you should really pick up both of Allison’s books since they are really excellent reads!