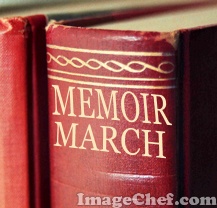 I just saw this one on NetGalley, not specifically a Memoir, but it looks like a  fascinating story of the eight men who played while the Titanic was sinking. 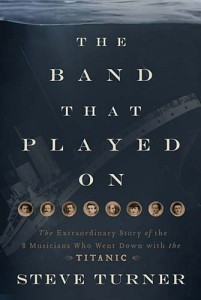 When Titanic collided with an iceberg at 23:40 on April 14th, the eight members of the band had already retired for the evening. Still, they put on overcoats and mufflers came out to play in the lounge. When most of the First Class passengers had taken to their lifeboats, the musicians simply moved to the deck and continued to play, calming the passengers as the ship sank. One second class passenger said: “Many brave things were done that night, but none were more brave than those done by men playing minute after minute as the ship settled quietly lower and lower in the sea. The music they played served alike as their own immortal requiem and their right to be recalled on the scrolls of undying fame.” Survivors’ accounts differ about whether their final tune was “L’Automme” or “Nearer My God To Thee.” What has never been disputed is the courage of these musicians who deliberately sacrificed the possibility of escape in order to produce a mood of tranquillity at a time of extreme anxiety. But who were they? What journeys brought them to this deck on this icy ocean? Had any of them previously displayed signs of great courage? Who did they leave behind? Historian and biographer Steve Turner delves into the lives of these brave men, revealing eight unique portraits of bravery.