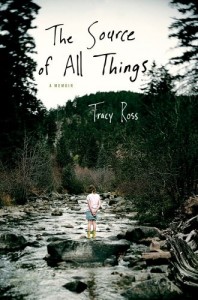 Tracy Ross never knew her biological father, who died after a brain aneurysm when she was still an infant. So when her mother married Donnie, a gregarious man with an all-wheel-drive jeep and a love of hiking, four-year-old Tracy was ecstatic to have a father figure in her life. A loving and devoted step-father, Donnie introduced Tracy’s family to the joys of fishing, deer hunting, camping, and hiking among the most pristine mountains of rural Idaho. Donnie was everything Tracy dreamed a dad would be—protective, brave, and kind. But when his dependence on his eight-year-old daughter’s companionship went too far, everything changed. Once Donnie’s nighttime visits began, Tracy’s childhood became a confusing blend of normal little girl moments and the sickening, secret invasion of her safety. Tormented by this profound betrayal, Tracy struggled to reconcile deeply conflicting feelings about her stepfather: on the one hand, fear and loathing, on the other hand, the love any daughter would have for her father. It was not until she ran away from home as a teenager that her family was forced to confront the abuse—and it tore them apart.
At sixteen, realizing that she must take control of her own future, Tracy sent herself to boarding school and began the long slow process of recovery. There, in the woods of Northern Michigan, Tracy felt called back to the natural world she had loved as a child. Over the next twenty years, the mountains and rivers of North America provided Tracy with strength, confidence, comfort, and inspiration. From trekking through the glaciers of Alaska to guiding teenagers through the deserts of Utah, Tracy pushed herself to the physical limit on her way to becoming whole again. Yet, as she came into her own, found love, and even started a family, Tracy realized that in order to truly heal she had to confront her stepfather about the demons from the past haunting them both. The Source of All Things is a stunning, unforgettable story about a wounded daughter, her stepfather, and a mistake that has taken thirty years and thousands of miles of raw wilderness to reconcile. Only Tracy can know if Donnie is forgivable. But one thing is for certain: In no other story of abuse does a survivor have as much strength, compassion, bravery, and spirit as Tracy displays in The Source of All Things

Tracy Ross is an award-winning journalist and contributing editor at Backpacker Magazine, an ASME award–winning outdoor publication with 1.2 million readers. She has been published in the U.S., England, South Africa, and Australia. Her essay “The Source of All Things” has won the National Magazine Award in 2009 and has been selected for inclusion in The Best American Sports Writing and The Best American Magazine Writing. Her Skiing magazine story “Our Country Comes Skiing in Peace” received a notable mention in Best American Travel Writing, and her work has also appeared in Outside and Women’s Sports Illustrated.  Ross’s assignments have taken her to the wilds of Alaska, the ski slopes of Iran, and the most remote reaches of Ecuador. She writes about exotic places and intriguing people, but mainly about the wilderness and how it intersects with the most important issues in our lives. She lives with her family at 8,000 feet in the mountains above Boulder, Colorado.

This is one of the best memoirs I have read this year and I read a lot of memoirs.  I was truly amazed that Tracy Ross could write such a moving story of her life and the courage to publish it.  It is a true story of survival and how nature can help restore the human spirit.  I was enthralled with how she captured her surroundings and made minor characters come to life.  Her story is one that should inspire others to overcome their own heartache.

I don’t know if I could survive the abuse Tracy Ross experience and in the end forgive her step father for that abuse.  I think the real key was that she was brave enough to confront him in the end and comes to term with what happened.  I think that helped her healing process immensely.  Her retelling of how her mother responded to it seemed typical of other stories of abuse that I had heard.  Her mother didn’t want to hear about it nor did she believe what took place.  I thought that in the long run her mother paid a high price with her own health.

Her descriptions of her life and how she coped with the betrayal were perfectly related and explained how their actions caused her despair.  I had a few tears when she described how she felt from the abuse.  There were also some smiles as she described her joy about finding the perfect love and sharing that with two lovely boys.  I wish Tracy all good things since she deserves it.  I received this book at no expense from the publisher in exchange for my honest review.