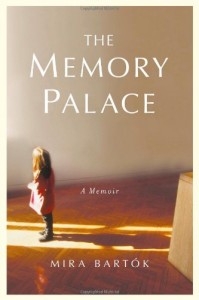 “ People have abandoned their loved ones for much less than you’ve been through,” Mira Bartók is told at her mother’s memorial service. It is a poignant observation about the relationship between Mira, her sister, and their mentally ill mother. Before she was struck with schizophrenia at the age of nineteen, beautiful piano protégé Norma Herr had been the most vibrant personality in the room. She loved her daughters and did her best to raise them well, but as her mental state deteriorated, Norma spoke less about Chopin and more about Nazis and her fear that her daughters would be kidnapped, murdered, or raped. When the girls left for college, the harassment escalated—Norma called them obsessively, appeared at their apartments or jobs, threatened to kill herself if they did not return home. After a traumatic encounter, Mira and her sister were left with no choice but to change their names and sever all contact with Norma in order to stay safe. But while Mira pursued her career as an artist—exploring the ancient romance of Florence, the eerie mysticism of northern Norway, and the raw desert of Israel—the haunting memories of her mother were never far away.
Then one day, Mira’s life changed forever after a debilitating car accident. As she struggled to recover from a traumatic brain injury, she was confronted with a need to recontextualize her life—she had to relearn how to paint, read, and interact with the outside world. In her search for a way back to her lost self, Mira reached out to the homeless shelter where she believed her mother was living and discovered that Norma was dying.
Mira and her sister traveled to Cleveland, where they shared an extraordinary reconciliation with their mother that none of them had thought possible. At the hospital, Mira discovered a set of keys that opened a storage unit Norma had been keeping for seventeen years. Filled with family photos, childhood toys, and ephemera from Norma’s life, the storage unit brought back a flood of previous memories that Mira had thought were lost to her forever.
The Memory Palace is a breathtaking literary memoir about the complex meaning of love, truth, and the capacity for forgiveness among family. Through stunning prose and original art created by the author in tandem with the text, The Memory Palace explores the connections between mother and daughter that cannot be broken no matter how much exists—or is lost—between them.

Mira BartÓk is a Chicago-born artist and writer and the author of twenty-eight books for children. Her writing has appeared in several literary journals and anthologies and has been noted in The Best American Essays series. She lives in Western Massachusetts where she runs Mira’s List (http://www.miraslist.blogspot.com), a blog that helps artists find funding and residencies all over the world. The Memory Palace is Mira’s first book for adults.  You can find her at: www.thememorypalace.com.

I had never heard of a Memory Palace before and found that the title for this book fits perfectly.  A Memory Palace is created by creating an Escher like space in your brain to link memories to pictures.  Mira Bartok uses her mentally ill mother’s belongings and journals to create a Palace and takes you through her childhood based on the objects of her mother that are found in a storage container.  This memoir is probably one of the best I have ever read and I am amazed that the author keeps a sense of humor, honor and dignity while relating this tale.

Bartok’s mother has suffered with schizophrenia for all of her life and after the author and her sister move out and her home is sold, she spirals downward into homelessness.  No matter how much Mira and her sister try to get their mother help, it never works.  This becomes so heartbreaking and the grief is evident and yet, Mira tries again and again.  When that fails, the girls move away, leave no forwarding address and change their names to escape the nightmare their mother has become.  They do reunite when her mother is on her death bed.

I really recommend this one and while it is a difficult read at times, it is worth the effort.  I received this book from the publisher at no charge for my honest review.