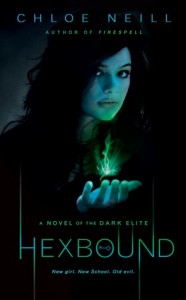 Lily Parker is new to St Sophia’s School for Girls, but she’s already learned that magic can be your best friend …or your worst enemy. So they say absolute power corrupts absolutely. But it turns out even a little bit of magic can turn you to the dark side. That’s why Lily has to learn how to control her newly discovered abilities and quickly, on top of avoiding the snobs who think they run her school, nursing a crush on a cute sophomore with a big, werewolfy secret, and fighting the good fight with her best friend Scout as they take on Chicago’s nastiest nightlife – including the tainted magic users known as the Reapers. All that’s even before Lily’s invited to a private meeting with Sebastian. He’s hot, he’s powerful, and he’s offering to help her harness the magic flowing through her veins in a way that no one else can. He’s also a Reaper. Lily can’t help but be suspicious of his offer. But she also needs his help. It seems that the line between good and evil isn’t quite so clear as she thought …

Chloe Neill was born in the south of the USA and currently resides in the US Midwest. FIRESPELL was her debut YA novel and the first in the Dark Elite series, and HEXBOUND continues the adventure!

So, at the end of Firespell, we learn that Lily does indeed have magical powers and they are above and beyond what even she could have imagined.  She quickly learns that there are risks to having powers.  Those stakes are raised when she has a meet up with the local vampire gangs and becomes the center of what may become all out war.  The Reapers are now after her as well.

There is wonderful and witty dialogue that will have you rereading parts just to make sure you don’t miss any snappy comebacks that are being flung about between Lily and Scout.  How I wish my high school was that cool.  Lily also discovers that her parents may be hiding more than they are telling her and the school administration may be in on it as well.  I can’t wait for the next one!  This is pretty clean fun.  Some inter-species kissing, a few choice words and I don’t remember if there is any drug or alcohol issues, so it must not be that prevalent.

Now how long before I can read the next one?