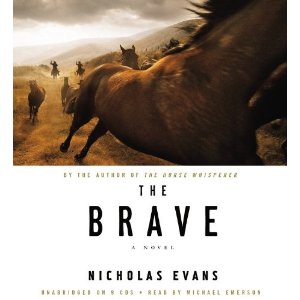 Tom Bedford is living alone in the isolated wilds of Montana. Having distanced himself from his own troubled past, he rarely sees his ex-wife, and his son, Danny, is away in Iraq and hasn’t spoken to him for years. Tom hasn’t always been so removed from society. As a boy, his mother was a meteoric rising star in the glitzy, enchanted world of 1960s Hollywood. There, she fell in love with the suave Ray Montane, who played young Tom’s courageous onscreen hero, Red McGraw, the fastest draw around. Tommy and his mother lived in a glamorous, Hollywood version of the Wild West. Everything was perfect, until the gold flaking on their magical life began to chip away, revealing an uglier truth beneath. Ray was not who he seemed. Tommy and his mother fell into a deadly confrontation with him, and they fled Hollywood forever, into the wilderness of the real West.

As a man, Tom has put all of that behind him–or so he thinks. Unexpectedly, his ex-wife calls, frantic: Danny has been charged with murder. In the chaos of war, his son has been caught in a violent skirmish gone bloodily awry. The Army needs someone to pay for the mistake. Tom, forced into action, is now suddenly alive again and fighting to save the son he’d let slip away. To succeed, he must confront the violence in his own past, and he finds that these two selves–the past and the present–which he’d fought so long to keep separate, are inextricably connected. As father and son struggle to understand one another, both are compelled to learn the true meaning of bravery.

Beautifully interlacing the past and present, the author of The Horse Whisperer reminds us that we are tied to the glories and mistakes of our own history. The Brave lives up to its name, as one the most courageous and full-hearted novels of our time.

This story is so timely right now.  The audio version of The Brave brings to life all of the battles, both literal and figurative that occur in one man’s life.  This is a bit different than Evans typical novel since it brings in  a more female approach to the writing and uses a flipping back and forth between character narratives, much like Jodi Picoult.  The are themes of bullying and the cost of war.  Overall, it is a good listen with a decent story.

Contest ends on 12.30.10 Winner will be chosen by Random.org on 12.31.10
Winner will have 48 hours to respond to email or a new winner will be chosen.
This giveaway is sponsored by Hachette Book Group and up to 3 copies of the audio book will be available.
Only one winner per household address!