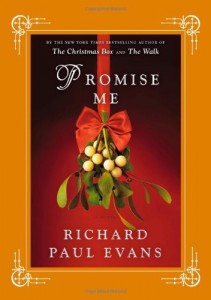 “As you read my story, there is something I want you to understand. That in spite of all the pain—past, present and that still to come—I wouldn’t have done anything differently. Nor would I trade the time I had with him for anything—except for what, in the end, I traded it for.” Beth Cardall has a secret. For eighteen years, she has had no choice but to keep it to herself, but on Christmas Eve 2008, all that is about to change. For Beth, 1989 was a year marked by tragedy. Her life was falling apart: her six-year-old daughter, Charlotte, was suffering from an unidentifiable illness; her marriage transformed from a seemingly happy and loving relationship to one full of betrayal and pain; her job at the dry cleaners was increasingly at risk; and she had lost any ability to trust, to hope, or to believe in herself. Then, on Christmas Day, as she rushed through a blizzard to the nearest 7-Eleven, Beth encountered Matthew, a strikingly handsome, mysterious stranger, who would single-handedly change the course of her life. Who is this man, and how does he seem to know so much about her? He pursues her relentlessly, and only after she’s fallen deeply in love with him does she learn his incredible secret, changing the world as she knows it, as well as her own destiny. From the New York Times bestselling author of the beloved classics The Christmas Box and The Christmas List comes a breathtaking story of the transcendent power of love.

RICHARD PAUL EVANS is the #1 best-selling author of The Christmas Box. His fourteen novels have each appeared on the New York Times bestseller list; there are more than thirteen million copies of his books in print. His books have been translated into more than 22 languages and several have been international best sellers. He is the winner of the 1998 American Mothers Book Award, two first place Storytelling World Awards for his children’s books, and the 2005 Romantic Times Best Women Novel of the Year Award.  Evans received the Washington Times Humanitarian of the Century Award and the Volunteers of America National Empathy Award for his work helping abused children. Evans lives in Salt Lake City, Utah, with his wife, Keri, and their five children.

Richard Paul Evans always tugs at my heart strings.  Promise Me  is an easy to read story that will take your mind off of all of your own problems for a few hours.  First off, this is not a typical story from this author and you will need to believe in a bit of holiday magic for it to all make sense.  Beth, is at wit’s end trying to deal with a relationship that is on the rocks, a sick child and work issues.  When Beth meets Matthew, he seems like the perfect answer to all of her problems.  There is more to this man than meets the eye. There are a few weird plot twists and I guess in the end, I still am not sure what Matthew is, you will just have to read it yourself to figure that one out.