The three years I spent in prison taught me to hate. Fork fights and throat punches were my pastimes. But that’s how it goes when you’ve raised yourself on spite and envy.

In this hilarious memoir, Jessica Holmes, a fan favourite on the hit shows The Holmes Show and Royal Canadian Air Farce, offers her witty observations on everything from her eclectic upbringing by a right-wing, Mormon father and a feminist mother, to her experiences as a missionary in Venezuela, to her own trial-and-error adventures in childrearing. Delving into personal experiences never discussed before, Holmes reveals her struggle to find laughter off-stage and spins comedy gold from her fumbles. The combination makes for an inspirational, heartwarming, and thoroughly side-splitting treat.

JESSICA HOLMES is a comedian, writer, actress, and speaker. She has appeared in numerous films and television shows, as well as onstage in the Just for Laughs comedy festival in Montreal, in Second City’s Touring Company, and opening for comedic luminaries such as Leslie Nielsen and Jerry Seinfeld. She has starred in her own comedy series and special, The Holmes Show and Holmes Alone, and most recently in Royal Canadian Air Farce. She has been nominated for several Canadian Comedy Awards as well as the Gemini Award for her TV and sketch comedy work. 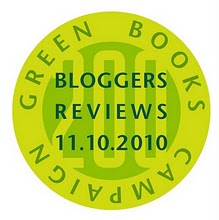 I adored this book.  I am generally a fan of humorous memoirs, but this one really hit a nice balance between the truly funny and poignant.  There is a certain picture that appears toward the beginning of the book that I will always hold dear and when I am in a bad mood, all I have to do is look at it and I laugh out loud for a good minute or so.  The picture?  An old print that one of the author’s brothers had photoshopped.  Now, normally, these sight gags are just a come on and there is no substance behind them.  This one is different.  The picture told me everything I needed to know about her upbringing.  It must have had a great deal of wackiness and humor.  So, now are you wondering about the picture?  It is an old print of two boys and two  horses and you must look closely at it.  The legs of the horses are switched with those of the boys.  Simple, but effective!

Jessica Holmes is a star in her native Canada and she may be unfamiliar in the US, but she shouldn’t be.  She writes with a wit and friendliness that even the dull parts are wonderful.  Well, there aren’t many dull parts and again, I think that if I was familiar with her comedy and fame that I would have wanted to read more about her marriage like any good gossipy memoir.  She covers that part just enough to round out the details.  If you really want to laugh a bit more, check out her Celine Dion impression on You Tube.  They are really hilarious.