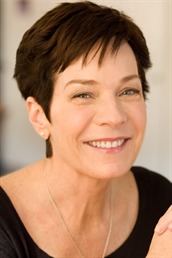 It’s been nearly ten years since your first novel, The Distant Land Of My Father, was published. What took you so long?

That’s a question I’ve asked myself. Part of the answer is that life intervened. I started the novel in 2002 and wrote perhaps 80 pages, and although I didn’t like them much, I’ve come to accept that mediocre first drafts are often part of my process. In 2004 I was diagnosed with stage-one breast cancer (I’m now healthy and cancer-free), so that fall and the first half of 2005 were given to chemo and radiation. It took another year for my head to clear enough to write fiction, and I returned to the novel in 2006 and finished it two years later. The other part of the answer is easy: I’m a slow writer, something I’ve made peace with.

City Of Tranquil Light is based on the lives of your grandparents, who were missionaries in China and Taiwan. Where did you draw the line between their experiences and the fictional characters of Will and Katherine?

The biggest difference is that unlike my characters, my grandparents had five children. I chose not to deal with fictional children because they would complicate what felt like an already complex story. Also, my grandparents lived in five different cities in China and worked in Taiwan after the communist takeover of China. I had my characters settle in one place so that I wouldn’t have to keep rebuilding cities, and I chose to have my characters stay in the U.S. once they returned because I wanted to focus on what leaving China meant for them, on aging, and on their marriage. Finally, while my grandparents’ lives were certainly the primary inspiration for the book, I was also inspired by the lives of other missionaries, and I incorporated parts of their stories as well as my grandparents’. The line between what really happened to any of these people and what I made up or exaggerated is already blurry, and, in my experience, will become more so as time passes.

China has played a large role in both of your novels. What does the country mean to you?

China represents a connection to my childhood and to my family. It’s where my grandparents lived most of their lives, and where my mom and her siblings grew up. Family dinners with my grandparents were always Chinese food, and I used to help my mom make chiaotza – steamed dumplings – when I was little. All my aunts and uncles knew how to make them. Everyone in my mom’s family had at least a couple of pieces of Chinese furniture in their homes, and my grandparents had many Chinese items. So in a weird way, there’s also a connection for me between China and home, although I’ve never been there.

In the book, you create a richly detailed vision of China in the early 20th century. Can you tell us about your historical research into this period of Chinese history?

I’m not a fast researcher, but I’m thorough, and I learn much more than what appears in the novel. I started with historical books about China, mostly from the library and used bookstores, then read biographies and autobiographies of missionaries who’d served in China, many of whom my grandparents had known. These books presented history through a narrower lens; I saw how historical events had affected specific individuals and places, which made those events more real and immediate.

How did you decide to tell the story from two different points in time?

Trial and error. The first draft was entirely in Will’s voice, and early readers said the story needed more of Katherine, for which I am very grateful. Someone also mentioned the word journal. At first I thought her journal might appear all in one section, but once I started writing it, I began interspersing it and enjoyed the dialogue that began to take shape. And I learned that rather than echoing or contradicting what Will said, Katherine could enlarge upon it and expand it, which appealed to me.

Will and Katherine’s faith brings them together and gives their lives both challenges and purpose. Did writing about their love and faith have any impact on your own marriage and/or faith?

Writing about Katherine’s decline made me value the present with my husband. We’re both healthy and (relatively) young, and I hope we have lots of years ahead of us. But writing about Will watching Katherine’s decline caused me to be more grateful for what we have now. And yes, the novel affected my faith strongly. When I started it in 2002, I tried to imagine my grandfather’s faith and to portray it accurately, but when I returned to the novel in 2006, after chemo and radiation, I no longer wanted that distance. I came to believe that although it was riskier to write about my own faith and what was in my heart – instead of hiding behind my grandfather – it was also more worthwhile.

City Of Tranquil Light tells the story of two extraordinary lives, filled with hardship and joy. What did you learn in writing about those lives?

I learned about the cost of marriage, which I first saw with my parents. My mom and dad were married for 56 years, and when my dad passed away in 2000, I watched my mom lose him then begin her life without him. She was very brave, and although the way in which she did that was remarkable, it still broke my heart. When I read biographies of missionaries, I saw one spouse or the other go through the same thing: this devastating separation after decades of companionship. But I also saw them survive it, as has my mom, and go on to live good lives. If you marry and are fortunate enough to grow old together, one of you will lose the other. But people survive that, and they even thrive, despite that great loss. That inspires and encourages me.

Do you think you could endure the hardships your grandparents endured?

My gut response is no – I love the comforts of home – but we endure what we have to endure, don’t we? I’m also not sure I could have stayed as long as they did, and remained so faithful to a calling. But I don’t think my grandparents knew they could do those things, and although I haven’t endured anything like they did, I’ve surprised myself by the ways I’ve gotten through some challenges in my life, and that’s something that excites me: we don’t know how we’ll be in a crisis. We often respond in ways we never dreamed we would, or could, a fact that gives me hope.

“What ardent, dazzling souls emerge from these American missionaries in China . . . A beautiful, searing book that leaves an indelible presence in the mind.” —Patricia Hampl, author of The Florist’s Daughter
Will Kiehn is seemingly destined for life as a humble farmer in the Midwest when, having felt a call from God, he travels to the vast North China Plain in the early twentieth-century. There he is surprised by love and weds a strong and determined fellow missionary, Katherine. They soon find themselves witnesses to the crumbling of a more than two-thousand-year-old dynasty that plunges the country into decades of civil war. As the couple works to improve the lives of the people of Kuang P’ing Ch’eng— City of Tranquil Light, a place they come to love—and face incredible hardship, will their faith and relationship be enough to sustain them?
Told through Will and Katherine’s alternating viewpoints—and inspired by the lives of the author’s maternal grandparents—City of Tranquil Light is a tender and elegiac portrait of a young marriage set against the backdrop of the shifting face of a beautiful but torn nation. A deeply spiritual book, it shows how those who work to teach others often have the most to learn, and is further evidence that Bo Caldwell writes “vividly and with great historical perspective” (San Jose Mercury News).

Bo Caldwell is the author of the national bestseller The Distant Land of My Father. Her short fiction has been published in Ploughshares, Story, Epoch, and other literary journals. A former Stegner Fellow in Creative Writing at Stanford University, she lives in Northern California with her husband, novelist Ron Hansen.