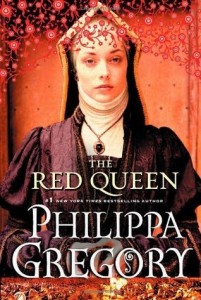 Heiress to the red rose of Lancaster, Margaret Beaufort never surrenders her belief that her house is the true ruler of England and that she has a great destiny before her. Her ambitions are disappointed when her sainted cousin Henry VI fails to recognize her as a kindred spirit, and she is even more dismayed when he sinks into madness. Her mother mocks her plans, revealing that Margaret will always be burdened with the reputation of her father, one of the most famously incompetent English commanders in France. But worst of all for Margaret is when she discovers that her mother is sending her to a loveless marriage in remote Wales. Married to a man twice her age, quickly widowed, and a mother at only fourteen, Margaret is determined to turn her lonely life into a triumph. She sets her heart on putting her son on the throne of England regardless of the cost to herself, to England, and even to the little boy. Disregarding rival heirs and the overwhelming power of the York dynasty, she names him Henry, like the king; sends him into exile; and pledges him in marriage to her enemy Elizabeth of York’s daughter. As the political tides constantly move and shift, Margaret charts her own way through another loveless marriage, treacherous alliances, and secret plots. She feigns loyalty to the usurper Richard III and even carries his wife’s train at her coronation.
Widowed a second time, Margaret marries the ruthless, deceitful Thomas, Lord Stanley, and her fate stands on the knife edge of his will. Gambling her life that he will support her, she then masterminds one of the greatest rebellions of the time—all the while knowing that her son has grown to manhood, recruited an army, and now waits for his opportunity to win the greatest prize.
In a novel of conspiracy, passion, and coldhearted ambition, number one bestselling author Philippa Gregory has brought to life the story of a proud and determined woman who believes that she alone is destined, by her piety and lineage, to shape the course of history.

Philippa Gregory is the author of several New York Times bestselling novels, including The Other Boleyn Girl, The Queen’s Fool, The Virgin’s Lover, The Constant Princess, The Boleyn Inheritance, The Other Queen, and now The Cousins’ War books which include The White Queen and The Red Queen. She lives in England.

Margaret Beaufort was probably my least favorite in all of Philippa Gregory’s heroines.  I normally love reading about the English monarchs, but I don’t know if this queen is at all royal.  I guess for what she accomplished as a women in her time was to say the least, incredible and for that reason alone she was never painted in a good light in any historical documents.  Gregory does do a wonderful job in portraying Margaret as what she must have been a scheming person, only trying to further herself and her family and cutting those down that got in her way.  She is a most significant figure since she is really the one who brought the Tudor name to fame.   Not my favorite of Gregory’s books, but it is a good historical perspective.