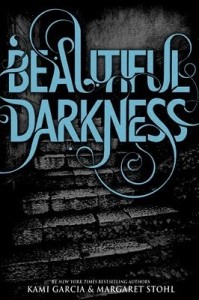 Ethan Wate used to think of Gatlin, the small Southern town he had always called home, as a place where nothing ever changed. Then he met mysterious newcomer Lena Duchannes, who revealed a secret world that had been hidden in plain sight all along. A Gatlin that harbored ancient secrets beneath its moss-covered oaks and cracked sidewalks. A Gatlin where a curse has marked Lena’s family of powerful Supernaturals for generations. A Gatlin where impossible, magical, life-altering events happen.

Together they can face anything Gatlin throws at them, but after suffering a tragic loss, Lena starts to pull away, keeping secrets that test their relationship. And now that Ethan’s eyes have been opened to the darker side of Gatlin, there’s no going back. Haunted by strange visions only he can see, Ethan is pulled deeper into his town’s tangled history and finds himself caught up in the dangerous network of underground passageways endlessly crisscrossing the South, where nothing is as it seems.

Kami Garcia is a teacher and reading specialist with an MA in education, and leads book groups for children and teenagers. Margaret Stohl has an MA in English and studied creative writing under poet George MacBeth at the of , . They both live in

Just hang a “do not disturb” sign around your neck when you start to read the second in the Beautiful series, you will not want to put it down.  The story picks right up where Beautiful Creatures leaves off and I think it is probably necessary that you read this first.  Ethan is just such an awesome character and it is so wonderful to see him grow along with Lena.


It seems that the war between the Casters is just beginning and Lena finds herself running with the wrong crowd.  Ethan tries desperately to reconnect with her and finds himself with some unexpected powers of his own.  There are a few more twists in the plot and a mysterious man named John Breed (boy, is that name prophetic) tries to turn Lena to the dark side.  While Ethan find a new friend and ally in the librarian trainee, Liv.  There are literal sparks again in this one and my favorite character of Ridley plays an important role.


All I can say is that this will be the “must read” for fall.  I better get a third one soon since this one still has some unanswered questions.