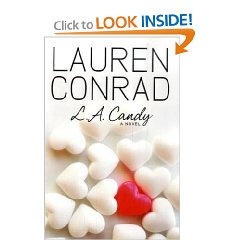 Product Description
Los Angeles is all about the sweet life: hot clubs, cute guys, designer . . . everything. Nineteen-year-old Jane Roberts can’t wait to start living it up. She may be in L.A. for an internship, but Jane plans to play as hard as she works, and has enlisted her BFF Scarlett to join in the fun.
When Jane and Scarlett are approached by a producer who wants them to be on his new series, a “reality version of Sex and the City,” they can hardly believe their luck. Their own show? Yes, please!
Soon Jane is TV’s hottest star. Fame brings more than she ever imagined possible for a girl from Santa Barbara—free designer clothes, the choicest tables at the most exclusive clubs, invites to Hollywood premieres—and she’s lapping up the VIP treatment with her eclectic entourage of new pals. But those same friends who are always up for a wild night are also out for a piece of Jane’s spotlight.
In a city filled with people chasing after their dreams, it’s not long before Jane wakes up to the reality that everyone wants something from her, and nothing is what it seems to be.
L.A. Candy is a deliciously entertaining novel about what it’s like to come of age in Hollywood while starring in a reality TV show, written by a girl who has experienced it all firsthand: Lauren Conrad.

About the Author
Lauren Conrad is the star of MTV’s number-one hit show, The Hills. She launched her career as a fashion designer in Spring 2008 with the debut of the Lauren Conrad Collection. Lauren has been featured on the covers of Cosmopolitan, Rolling Stone, Seventeen, and Entertainment Weekly, among others. She lives in Los Angeles. This is her first novel.

I have to admit I actually enjoyed this book. It was a quick read that had all of the elements of good chick lit. There is shopping, boys and a career. This is really a book for older teens since there are scenes about alcohol (alot!) and sex. I would have to imagine that Jane is a composite of the girls on The Hills and Laguna Beach. She has enough detail to make her a sympathetic heroine and I would love to read more about Scarlett. Madison makes a great frenemy that you just love to hate.

I did think it was too cliched in parts, but that didn’t reduce the enjoyment. This is a “write what you know” type of book for Lauren Conrad but I am eager to read the next installment in the series since this one did have a bit of a cliff hanger at the end.